It’s hard to turn on the TV or open the newspaper today without seeing the name Brock Turner and reading about the horrific stories surrounding his crime. I spent the last week on five different network and cable news shows weighing in on the legal and social implications of the case. The details aren’t pretty: Brock, a student at Stanford University, was arrested last year after sexually assaulting an unconscious 22-year-old girl behind a dumpster. Five initial charges of rape were dropped, and Turner was eventually convicted of only three counts of sexual assault. Despite a prosecutor’s recommendation of six years in prison (and a potential sentence of 14 years based on California law), Turner was given only a six months sentence and three years of probation by Santa Clara County Superior Court Judge, and fellow Stanford alumni, Aaron Persky.If your gut is telling you that something is wrong here, you’re not alone. But the Turner case isn’t just about the crimes Brock committed on January 18th, it’s about something much more concerning: the fact that we still live in a world where equal protection in the eye of the law isn’t guaranteed to everyone. If it weren’t for Brock’s race, his victim’s gender, and his socio-economic standing the community, I’m convinced that this judgement would have gone a much different way.

This case, at its core, is about something much bigger than one lawsuit or one sexual assault: it’s about a fundamental lack of respect and dignity for women in our culture – one that continues an unfortunate ages-old trend of inequality and second-class citizenship.The truth is, no matter the time period in human history, women have always existed on the lowest rung of society, even among those in the lowest rung. That unfortunately continues today in our country, and if you have any doubts about that, look at the current presidential contest. The presumptive nominee for the Republican party began his campaign calling into question a female candidate’s legitimacy based on her looks. Could you imagine that happening if it were a woman calling out a man? And on the other side, even the presumptive choice of Secretary Hillary Clinton as the Democratic presidential nominee shows us that only now are the American people ready to “make history” with a female president – 100 years after we were granted the right to vote.Though these are only a couple of examples specific to the presidential race, they can easily be combined with the wage gap in corporate America and the outrage over public breastfeeding to reveal a dirty little truth about our country: we don’t think of women being equal to men. And to think that this lack of gender respect and continued institutionalized inequality doesn’t extend to the courtroom is simply an exercise in ignorance.

The other issue in play in this case is one of race. Along with gender discrepancies, this country also unfortunately has a different standard of justice for people of different races, and the Turner case is just another example of this horrifying trend. Here’s an example that might sound familiar: Shaun King points out in the New York Daily News the story of Cory Batey who was given a maximum sentence of 15-25 years despite being the same age and committing a similar crime as Turner. Why was leniency shown to Turner but not Batey? Why are the countless young Black and Latino men who are arrested on the streets of Chicago or L.A. not shown the same kind of concern for their future like Turner Was? There is only one clear difference: the color of their skin.Whether it’s this case, the cases of the University of Montana Football Players talked about extensively in Jon Krakauer’s Missoula, or the countless other cases involving privileged young caucasians taking advantage of women, one thing is certain in this country: money, influence, and social standing all but guarantee a different set of rules for you in the legal system. But that’s not the way it should be.In the eyes of the law, rape should be rape, and it shouldn’t matter who, when, where, or why when discussing punishment. Justice is supposed to be blind, but the case of Brock Turner shows that it isn’t. His victim, a 22-year-old woman, has been treated less like a victim of unwanted sexual assault and more like some kind of spoiler in the life of this full-of-potential 19-year-old. His past (one that he fictitiously described to the judge as full of sobriety and no untoward advances on women) and future potential was given an inappropriate amount of weight in the judge’s decision making, something that wasn’t afforded to the countless number of non-violent inmates of color that currently fill California’s crowded jail cells. Despite the adjudication, justice was not served here.

Who Else is To Blame?

To let the other players in this case besides Turner off the hook is a complete mismanagement of justice. Why isn’t Stanford University, who has spent much of the last year patting itself on the back for its handling of the case, doing more to prevent other incidents like this one? Don’t forget: this was a crime committed on their campus at a university sanctioned frat party. Also, why isn’t the fact Judge Persky not only ignored the sentencing recommendations of the prosecutor, but indeed the sentencing guidelines for The State of California being discussed more openly in the media? Are we okay with submitting to a protectionist society that simply is more comfortable with singling out one perpetrator while circling the protection wagons around others who may be at fault? The answer, if you care about justice and judicial integrity, is no.

How to Solve an Ongoing Problem

Ultimately, the problem with cases and judgements like these is the lack of long-term accountability for those who are responsible for unfair, suspiciously lenient sentences. In the case of Judge Aaron Persky and the new details that have come to light, his honor was either incorrectly persuaded by the testimony of a 19-year-old freshman who tried to pass himself off as unfamiliar with drugs, alcohol, and sexual assault, or he knowingly used his judicial discretion to play favorites for a fellow Cardinal and hand-down a sentence that laughed in the face of justice for the victim. Either way, the actions of Judge Persky need to not only be recognized as an essential component of this case moving forward, but must also face the kind of public scrutiny worthy of someone who has made such a ghastly miscalculation in service to the public. It is our responsibility to advocate for a recall, and I’m proud of the over one million people who have already signed a petition of support.A recall of Judge Persky will not only have an immediate impact by removing someone with his lack of judgement in this matter from the bench, it will also have a much more far-reaching and important impact: it will show other judges, prosecutors, and counselors that justice for the victim is far more important than the welfare of the perpetrator. It will show that women and their well-being deserve the same amount of respect and dignity as men. And, it will show that lenient sentences in cases dealing with blatant rape cannot and will not be tolerated by the American Public. 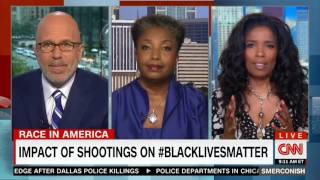